In general, the teachings of Islam which are written in the Qur'an and the Hadith only recognize two forms related to their form of determination, the first is in the form of qath’i  as a doctrine that has a definite meaning, remains in its implementation and does not change. This is usually related to matters relating to religious principles and worship. The second form which is zhanni is a doctrine that is dynamic both in meaning and form of its implementation. This is mainly related to muamalah problems. Related to the two things above, the approach to various religious phenomena is polarized towards the two things. Religious phenomena that are qath'i use the ta'abbudi approach which in principle uses more submission in the name of faith in the omnipotence of God Almighty. As for the religious phenomena that are zhanni, the approach used is ta'aqquli which emphasizes the power of logic and rationality of human reason. 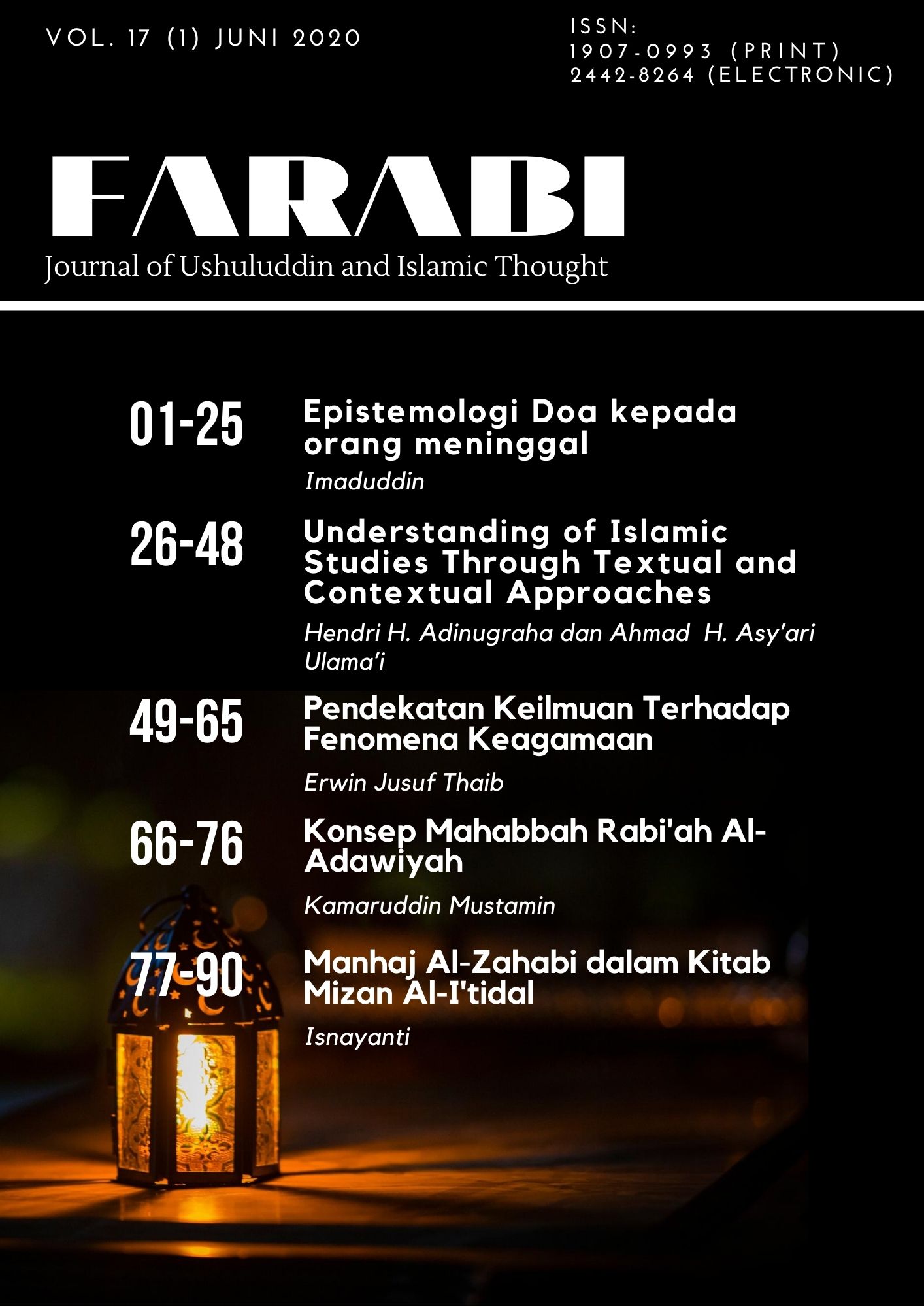