is a biannual  academic peer-reviewed  covering all studies of Language Educations, Literatures, and Linguistics researches. It is published on February and August by LP2M IAIN Sultan Amai Gorontalo.  This Journal was established since 2011 as Pioneer Journal then changed in 2015 as Al-Lisan: Jurnal Bahasa (e-Journal). The Journal has already registered number ISSN 2442-8965 (print) and ISSN 2442-8973 (online). 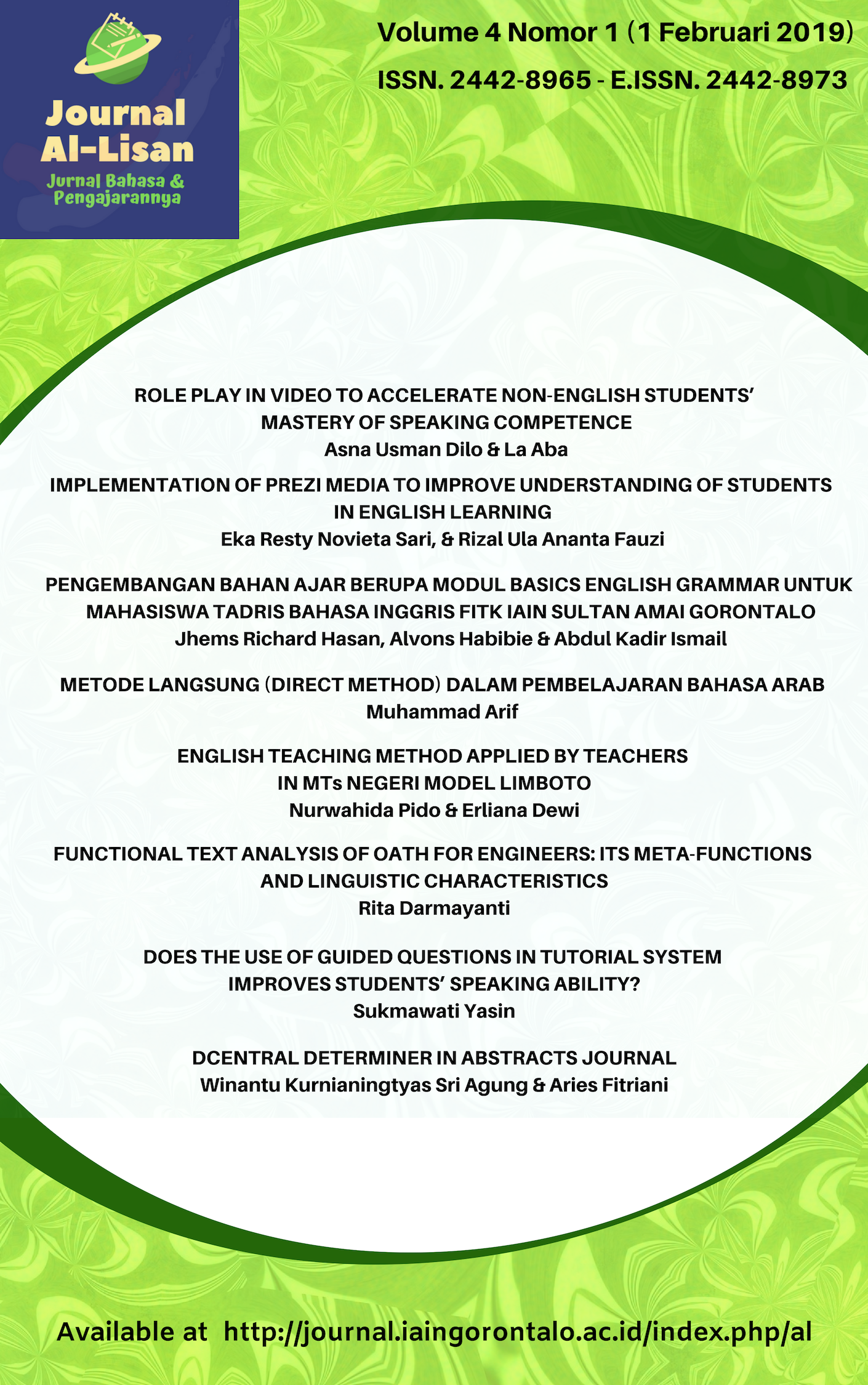 Authors who publish in Al-Lisan: Jurnal Bahasa (e-Journal) agree to the following terms:

This work is licensed under a Creative Commons Attribution-ShareAlike 4.0 International License.